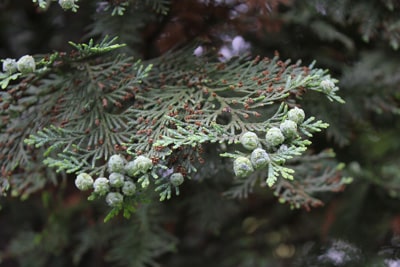 You may see white tree fuzz manifest on your tree. Some people think it’s snow, but it isn’t. The Lake Stevens area doesn’t even see a whole lot of snowfall. The fuzz is common in fir and evergreen trees and appears on the branches and pine needles. Find out what the fuzz is and if it’s cause for alarm.

Why the Tree Has a White Fuzz

Many people think the cotton-like fuzz is a type of fungus. It’s not a fungus. To the surprise of many, it’s actually an insect known as the hemlock woolly adelgid. Sadly, this isn’t one of those beneficial pollinators or bugs that eat the destructive pests. This bug is problematic, and you need to inform emergency tree service.

All About the Hemlock Woolly

As its name implies, hemlock woollies make its habitat on hemlock fir trees. While they’re more commonplace on the East Coast, they’re also a common species in Washington state.

This pest is actually a tiny blackish insect, but has a surface coat of white and wax-like “fur.” They’re classified as a pest because they consume the tree’s sap. As this occurs, the tree may begin losing its leaves, or the leaves may appear discolored. If nothing is done about it, the tree may fall ill and die. When removing dead trees, it’s not unusual to discover remnants of hemlock woolies on the branches.

As a preventive action, you can apply horticultural oil starting early spring. This kills the woolly and most other invasive insects. A tree service provider may also inject an insecticide into the soil as an extra protective measure.

Call Pro-Cut Tree Service if you see the signs of an infestation. Other pests like aphids also have fuzz grow on their body. We deal with the hemlock wooly and all other harmful pests that inhabit the Seattle area.

Leave Us A Review

Mike Cothran
Fair pricing and cleaned up mess left behind

sinoti2 mageo
Erik and his crew showed up on time. The men were very professional and super nice. They removed our tree so fast and did an amazing job. Erik gave us a great quote prior to the work and we were scheduled and work completed in less then 2 wks! I would highly recommend these guys and will be using them again for sure for future work!

lev Arakelyan
Very professional service. I am very happy with the work and a cleanup. Had to cut two trees in pretty close quarters and everything went really well

me M
Second time I’ve used them. As always Eric and his crew did a fantastic job, extremely polite & professional. I wouldn’t use another service. Highly recommended!!! If you want honesty & integrity PRO CUT is who you need. Thank you so much for your hard work.. It’s nice to know that hard working, honest people who care about what they do still exist.

Shawna A.
Called to inquire about tree pick-up (one already long dead and already removed). Phone was answered promptly and Erik was willing to schedule it same day! I has to cancel the request due to scheduling conflict but even then, received quick confirmation that my voicemail was received. Should future needs arrive or referral needed, Pro-Cut Tree Services are the ones I'll turn to first.

Claire Miller
Erik and his team were timely, affordable, professional and very respectful. As I read in a review before hiring Pro-cut, I admire Erik as an owner, being the first one up a tree. All the guys knew their trees and what they were doing, and I really appreciated that. I'd reccomend them, any day!

Steve Owens
As the other reviewer mentioned, I too got a bid that was jaw dropping. Eric came out and gave me a bid that was much more reasonable. They dropped 2 huge hemlocks, branch by branch, piece by piece, into a rather small landing zone. I asked that they not drop anything on my pricey concrete work and to avoid some old cedar stumps that are an integral part of the landscaping. They were on-site for 1.5 days and each day they cleaned up the sidewalks and left things neat & tidy. I will be happy to do business with Pro-Cut Tree Services again and highly recommend them based on the value & workmanship they brought to the job.